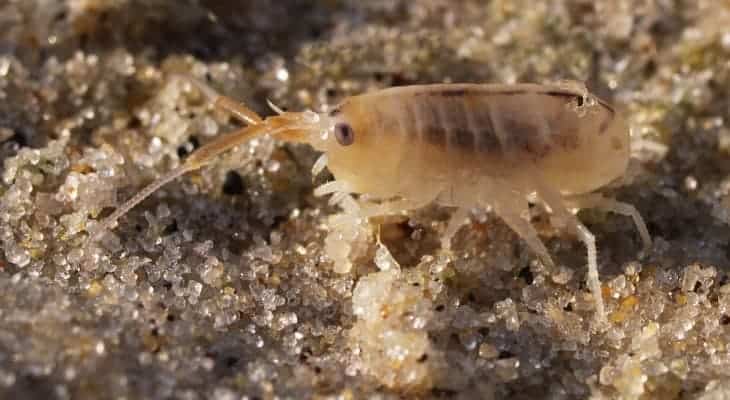 What are those tiny, shrimp-like creatures lurking in the bottom of the fish tank? They are most likely scuds! How did they get there? Are they harmful? And, most importantly, how do you get rid of them?

Scuds are a freshwater amphipod. There are more than 2,000 freshwater species of scuds. They are small, hearty, and reproduce rapidly.

Scuds live in just about any freshwater source, including rivers, streams, lakes, ponds, swamps, and canals. Rocks, roots, and debris provide the scuds with places to shelter and hide. These hungry creatures are omnivorous. 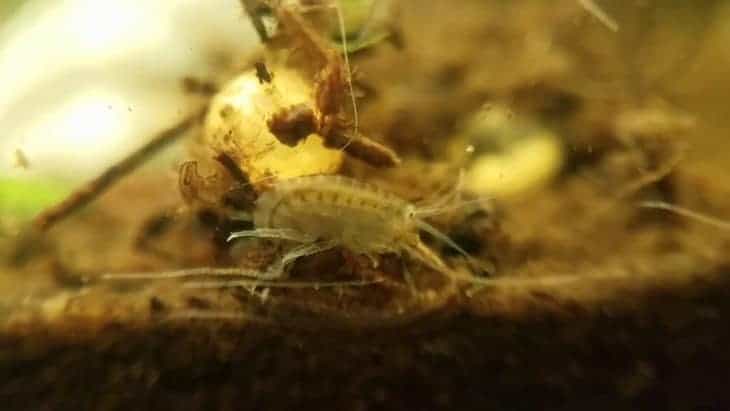 Scuds may look like tiny shrimp, but they actually have three body segments. They have a head with two pairs of antennae, a thorax with seven pairs of legs, and an abdomen with swimming appendages.

How Do Scuds Get Inside Aquariums?

Scuds are hitchhikers! They can come into your tank and your life on aquatic plants, or used pieces from infested aquariums.

Some aquarium owners view scuds as mostly harmless. While a few scuds won’t cause many problems, a few scuds can quickly turn into a full-blown infestation. That is when the problems start.

Scuds are constantly on the hunt! They will eat fish food intended for the rightful inhabitants of your tank.

Scuds are able to reproduce at just three weeks old. The females will lay 20-30 eggs after fertilization. Incubation is only 11 days. The baby scuds hatch hungry and independent. They may only be 1 mm when they hatch, but they will quickly grow into adults capable of reproduction.

Scuds may be small, but they can be annoying! They have the potential to harm fish eggs, young shrimp during the molting phase, and snails. There have been documented cases of scuds eating young fish.

Scuds will eat your aquatic plants. They are particularly attracted to soft plant matter. Eventually they can eat through the roots and kill the plant.

How Do I Get Rid of Scuds in My Fish Tank? 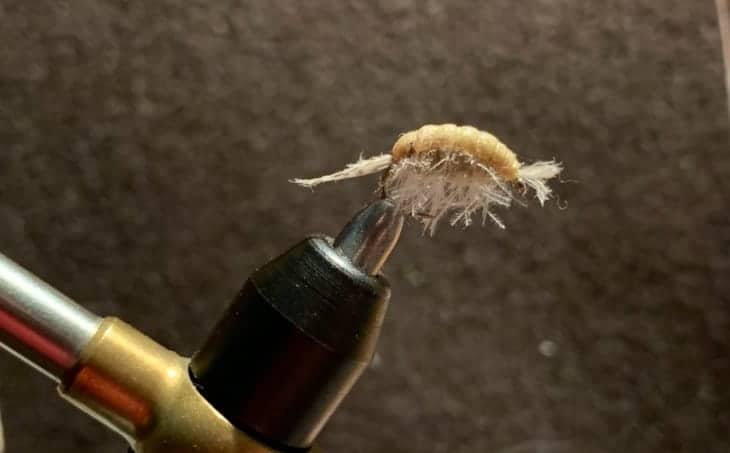 Place several slices of zucchini on top of a net in the bottom of the tank. After a day or so, the zucchini should be covered with scuds! Carefully remove the net, zucchini, and spuds from the tank. Rinse the vegetables under very hot or cold water, then repeat the process.

Scuds cannot survive very low temperatures. Remove all living things from your tank. Dump out most of the water. Place the tank in a freezer, or, if it is cold outside, you may place the tank outdoors. One hour in the cold should be enough to kill any scuds.

Refill the tank with water. Change the filter. Carefully examine all fish and plants for any scuds before you place them back in the tank.

Some fish, like Cichlids, Loaches, Bettas, Mollies, and Tetras, will eat scuds.

Unfortunately, this time-consuming process is the only way to completely get rid of the scuds.

Patrice has been an animal lover, right from her childhood. She's currently enjoying the company of her cat, dog, aquarium fishes, and a few small furry companions.